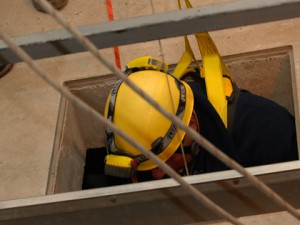 On March 13, 2016, the Department of Labor’s Occupational Safety and Health Administration conducted an inspection of Garden Grove, CA based metal manufacturing and casting company, Kitty Hawk Inc., following the confined space asphyxiation of an employee. The employee was an untrained assistant and was sent into a pressure vessel furnace to perform maintenance on it. The employee did not utilize an oxygen sensor for this task. Because the unit which the employee descended into contained argon gas and was confined, the employee eventually lost consciousness.

OSHA cited Kitty Hawk for nine safety violations in light of the confined space asphyxiation. Among those nine total violations, there were:

OSHA created regulations for confined spaces in 1978. These standards are in place to mitigate the potential disaster that comes along with operating in confined spaces, including but not relegated to, chemical contamination, combustion, serious injury, or death. Confined space asphyxiation is a clear and present danger when empoyee are not fully trained in proper safety protocol. The state of California identifies a confined space as requiring a permit for operation when the following criteria are extant:

An OSHA-approved confined space training course can provide an employer or employee tasked with operating within a permit-required space the requisite confined space hazard training. Such training can spell the difference between compliance and citation, or potential injury.