Confined Space Compliance Among Many Violations for Georgia Company 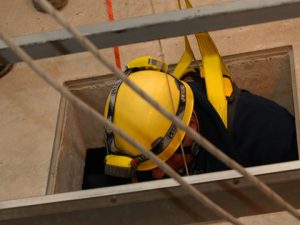 The United States Department of Labor’s Occupational Safety and Health Administration recently issued citations to Georgia-based waste cardboard and plastics company, Nemo Plastics Inc., for multiple violations at a Gainesville facility. The citations included 21 serious and 3 other-than-serious violations including combustible dust and confined space compliance. These violations were determined by OSHA, following an investigation which was prompted by an anonymous complaint. The proposed penalty for these citations is $133,443.

Regarding the various confined space compliance, machine-guarding and combustible dust issues, OSHA Atlanta-East area director, William Fulcher, said, “Nemo Plastics is responsible to assess workplace hazards and ensure measures are taken to protect employees. Workers should not have to risk their lives or health to provide for themselves and their families. The hazards identified during this complaint inspection are preventable by taking basic safety precautions such as providing personal protective equipment, performing routine housekeeping and guarding machines so that a worker doesn’t get injured or killed.”

Violations involving confined space compliance are among the most dangerous and, because they involve smaller, constricted areas, can often become potentiated in a much quicker fashion than standard violation. Confined space injuries, especially those that are presented in tandem with hazardous or combustible chemicals typically feature a high morbidity rate. For that reason, safety leaders should utilize training courses and mock-inspections as a resource to ensure the safety of their employees and to maintain compliance