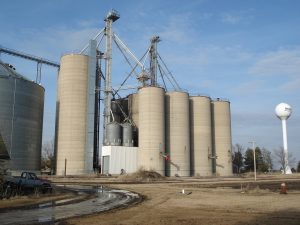 On November 3, 2016, the United States Department of Labor’s Occupational Safety and Health Administration has issued citations to Nebraska-based animal feed company, Prinz Grain and Feed, related to a May 18, 2016 employee confined space death at their West Point facility. The citations included (3) willful, (15) serious, and (2) other-than-serious violations. OSHA has proposed penalties of $526,633.

The workplace incident occurred as the 52-year-old employee was working to clear crusted corn from the sides of a grain bin. The wall of corn collapsed upon the employee and engulfed him in hundreds of pounds of grain, inflicting numerous injuries upon him. Although he was recovered by an emergency crew, he died two days later.

Prinz had been previously cited by OSHA. In addition to those violations which were assigned for the most recent incident, Prinz has also been placed in OSHA’s Severe Violator Enforcement Program. The program focuses on recalcitrant employers that endanger workers by committing willful, repeat, or failure-to-abate violations.

OSHA Kansas City regional administrator, Kim Stille, said, “An engulfment often happens when bridged grain and vertical piles of stored grain collapse unexpectedly, as in this tragic case. The density, weight and unpredictable behavior of flowing grains make it nearly impossible for workers to rescue themselves without help. In more than 60 percent of grain engulfments, workers suffer fatal injuries. These usually are caused by not following proper safety procedures that prevent confined space death. OSHA urges employers and workers in this hazardous industry to review and implement OSHA’s grain-handling standards to prevent injuries and loss of lives.”

Among others, OSHA’s inspection yielded the following violations that lead to the confined space death:

Jeff Funke, OSHA Omaha area director, said, “OSHA has done extensive outreach in the past several years working with leaders, farmers and those employed in the grain and feed industry to increase awareness of hazards in the grain industry and discuss ways to protect workers on the job and prevent these tragedies. OSHA is always available to answers questions on how you can protect your workers on the job.”

One resource which those safety leaders and employers who manage workspaces which feature confined spaces can utilize is an OSHA-approved on-site training course.