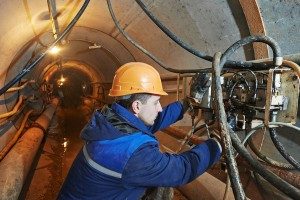 The United States Department of Labor’s Occupational Safety and Health Administration has issued citations to Pittsburgh-based steel making company, U.S. Steel, for violations that occurred at an Indiana facility, Gary Works resulting in the confined space electrocution of an employee. These violations, totaling four, and all serious in their listing, were determined, following a state investigation, which came as the result of a June 15, 2016 death. OSHA has assigned a proposed penalty of $28,000 to these citations.

67 year-old employee, Charles Kremke, suffered a fatal confined space electrocution. Kremke was performing maintenance on a 250-volt fuse-holder in the back of a 2 ft. wide x 2 ft. deep x 6 ft. high cabinet in the Westinghouse basement of the No. 1 Caster. While performing his maintenance, a 120-volt programmable logic-control and 480-volt transformer were still active.

The Pittsburgh-based steelmaker exercised its right for an informal settlement meeting, and IOSHA is in the process of working out a settlement agreement, IOSHA spokeswoman Amanda Stanley said.

Any error in work performed in confined spaces, albeit routine, can very quickly escalate from a simple mistake to a fatal one. While confined space hazards are first associated with suffocation, confined space electrocution is also a dangerous and many times fatal situation. Because the parameters of work in confined spaces are so limited, the room for error is also such. In light of the dangerous nature of work done in such circumstances, it behooves employers to make every effort to maintain compliance with OSHA health and safety standards, by utilizing every resource available.