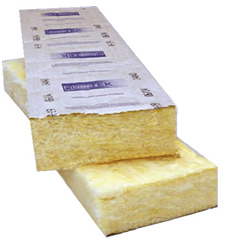 Fiberglass Structures, Inc. of Laurel, Montana  was cited by the U.S. OSHA for 12 serious safety violations. The compnay is a subsidiary of Texas-based L.F. Manufacturing, Inc. Among the violations were confined space hazards infractions. The citations were based on an inspection of the facility in August. Proposed penalties are $75,600. The company produces molded composites. They also make Fiberglas-reinforced plastic products.

One confined space hazard citation was for a repeat violation. It involved not containing energized wires with covers in a flammable area. The company was cited for a similar violation at another plant in 2009. The fine for the repeat violation is $12,600. Jeff Funke, the director of OSHA’s Billings, Montana Area Office commented, “Something is seriously wrong when an employer repeatedly disregards specific safety standards required to protect workers from serious injuries or death. Neglecting the safety of workers is simply unacceptable.”

The 11 other serious violations found by inspectors included confined space hazards deficiencies. They also cited a failure to provide adequate training for confined space and personal protection equipment. Other citations were for violations involved various unsafe areas. Spray booths were one area cited. Various electrical hazards were found. Improper storage of chemicals were discovered. The facility had inadequate eyewash facilities. Finaly, there was a citation for failure to use and require personal protective equipment. The total penalty for these violations was $63,000.

The company is questioning the citations regarding the confined space hazards. Bernard Ofczarzak, regulatory compliance manager for L.F. Manufacturing, Inc. at the corporate office in Texas stated, “That’s just ludicrous. That’s not how this company operates, and that’s not how FSI operates. Two of our three Texas plants are within OSHA’s SHARP program, which is where we are actually exempt from OSHA inspection because of the stellar safety records.”

OSHA’s Safety and Health Achievement Recognition Program (SHARP) recognizes small business employers who operate an exemplary injury and illness prevention program. Acceptance into SHARP means that the work site is a model for work site safety and health among a company’s peers. For the period that a SHARP certification is valid, the business is exempt from OSHA programmed inspections.

Ofczarzak said that the management teams of both L.F. Manufacturing, Inc. and Fiberglass Structures, Inc. are committed to providing a safe and healthy work environment for their employees and all who visit their facilities. He said that LFM is proud of its safety record and its working relationships with government regulatory agencies.

Ofczarzak also questions why the alleged violations were found in an inspection in August, but the company was not notified until December. “So we have questions for OSHA ourselves,” Ofczarzak said. “We have a great management team there in Laurel and it’s a great community to have it in.”