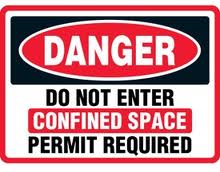 A long range item on the agenda is a proposed rule that would protect workers from occupational exposures to food flavorings containing diacetyl and diacetal substitutes. OSHA will base their health effects analysis and quantitative risk assessment for the rulemaking on a criteria document still being developed by NIOSH on these types of exposures.

For more information on the Semiannual Agenda of Regulations visit:

For information on the existing confined space standards visit:

Information about OSHA’s requirements for training on confined space entry is available at: